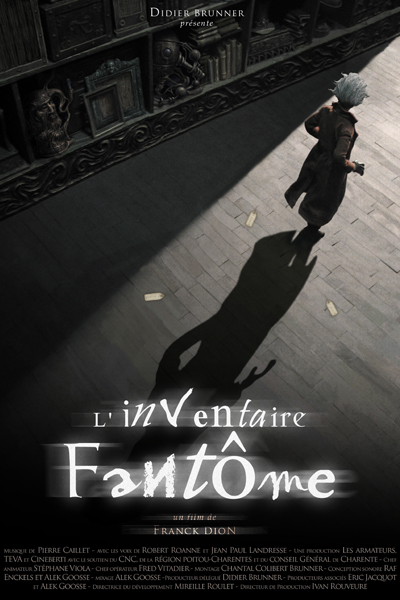 A collection agent meets his match in The Phantom Inventory, a stop-motion armature short from the aptly named Les Armateurs studio under the direction of Franck Dion. In this supernatural chiller akin to Wilde’s Portrait of Dorian Gray, the display of unchained imagination is complemented by the filmmakers’ own liberation in their mixing of analogue and digital techniques.
The story concerns a bailiff from the Debt Collection Ministry and an afternoon appointment that doesn’t go as planned. The setting, though unspecified, is probably Paris in the 1920s. The debt collector takes a long elevator ride to reach his quarry, a wizened, wheelchair-bound apartment dweller named Albert from whom there is nothing, at first glance, to collect. The gaunt, tall, crimson-suited bureaucrat asks the man exactly what he collects. “Memories, sir,” Albert replies, “memories that no one wants anymore.” A quick tour through empty rooms leads to the discovery of a secret door, opening on a grand hall of tall ornamental shelves stuffed silly with other people’s tchotchkes.

Having hit the mother lode, the civil servant wanders from object to object slapping “To be seized” tags on everything in sight — a malfunctioning radio, a mirror that scares people — but something’s following him, and the objects are getting weirder: a bust of a woman caught in a desperate gesture, a wooden boy in a cage, a bear trap. There’s sun shafting down from the skylights, but somehow it’s never enough, like in a library a half hour after they should have turned on the lights. When the collection itself starts to go on the move, dogging the bureaucrat and chasing him down aisles of deep shadows to a confrontation with his own unwanted memory, the owner of the apartment reappears to lead him away. The bailiff storms out, vowing to return the next day and take everything, but a final twist threatens his sanity and sends him packing, empty-handed.

The Phantom Inventory uses a dreamily de-saturated palette of browns and blues to deliver its mood of near-dark chill. The short is puppet-based, with the main characters depicted in standard real-world armatures, clothes and props. Rather than articulate the faces, though, the team wisely decided to wait for their characters to stop moving and then went in with the digital paintbox to achieve mouth and eye movement. Much of the huge, intricate set design was achieved through digital matte paintings that perfectly match the style of the real set dressing. Interestingly, character bodies and props move on twos, but the bailiff’s eyes and the phantoms that chase him are animated on ones. The contrast could have been jarring, but here it reinforces the distance between the bailiff’s world and the heightened supernatural reality he falls prey to. 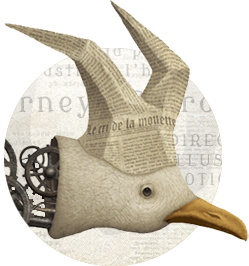